A History of the Life of Nellie Gail
Nellie Gail was born in Irving, Kansas on December 8, 1878. She spent her childhood in Nebraska and later became a school teacher in the state of Washington near Seattle in the early 1900’s. Her father, John Gail, was an El Toro storekeeper and Nellie often visited southern California during the summer months. On one of her to the area, she met and fell in love with Lewis Moulton. The two married in 1908.  Moulton by that time had acquired 22,000 acres including the land of Rancho Niguel. The newly married couple settled on this vast ranch and raised 2 daughters, Charlotte and Louise.

Family
Lewis Moulton was born in Chicago in 1854. He came to California in 1874. He grew up in a family of doctors and lawyers but yearned for a life outdoors. When he arrived in Santa Ana in 1875, he began tending sheep for Charles French, later buying him out. He then turned his desires to the ranch land that had been granted to Juan Avila in 1842. This land, Rancho Niguel, was owned at this time by Cyrus B. Rawson. Moulton leased 19,000 acres from Mr. Rawson in 1884. He later formed a partnership with Jean Pierre Daguerre, and began raising sheep, cattle and dry-farming. The successful partnership made it possible for Moulton and Daguerre to purchase the land in 1895. Mr. Moulton died in 1938 after working the land for 54 years. Nellie Gail continued management of the land for the next 12 years until turning land operations over to her daughters, Louise Moulton Hanson and Charlotte Moulton Mathis, their husbands, and Daguerre’s 3 daughters. The ranch land was slowly divided and sold off with the final purchase taking place in 1976 by the Mission Viejo Company.

Education & Experience
Nellie Gail was very much involved in the arts and was accomplished painter herself. She studied under famed Laguna Beach artist Anna Hill and was a founding member of Laguna’s College of Art and Design. She also served as president of the Laguna Art gallery and was a major benefactor for the Laguna Moulton Playhouse. Two of Nellie Gail Moulton’s paintings can be viewed at Heritage Hill Historical Park in the dining room and research library. Nellie Gail died in Laguna Hills on August 23, 1972.

Nellie Gail Moulton played a significant role as the wife of Lewis Moulton and mother of Louise and Charlotte. She was an accomplished painter and philanthropist and is remembered in most history and research books for her talent and love of the art. 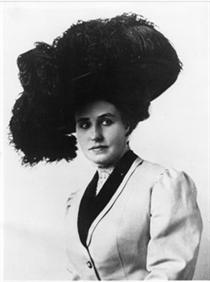 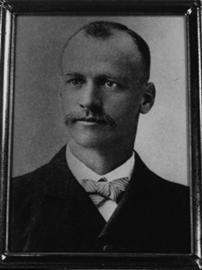 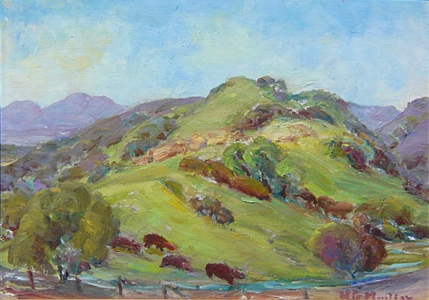